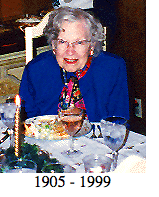 How can a person who’s so stubborn, non-punctual, and opinionated get to be so respected and loved?

My grandmother would argue a point illogically but would never concede. She was always late and prone to forgetfulness. She was as opinionated as a sports broadcaster.

She thoroughly loved music, and felt that everyone should play some instrument, and you just hadn’t lived unless you did, so she was very interested in how her grandchildren were doing in the musical world. I remember her saying once, “Well I was so excited that Barry (My cousin of close to the same age) finally chose an instrument in the school band; maybe something beautiful sounding like a violin, oboe, or clarinet, but no, what does he pick but that awful saxophone. Out of all the instruments he had to pick! He chose that blaring loud contraption! I swear that Barry! heh heh heh!” She always laughed after throwing out an opinion!

Yes, she was opinionated, but she never took herself or anyone else too seriously.

In all the years that I knew my grandmother, I never knew her to aggrandize herself, speak prideful of herself, or ever place her own needs in front of others.

– that’s probably why she was always late –

She was the embodiment of altruism. She spent well over half her life crippled by arthritis, yet smiled everywhere she went. She would light up a room with her smile and her laugh even to her last days on earth completely immobilized by arthritis and old age. She had a particular way of seeing something funny in any and every circumstance.

Whenever someone would speak of some peril or doom in a serious manner, grandma would mock them “yah, yah, yah” and change the foreboding into a comedy. She was always smiling in the face of adversity and saw the silver lining in the worst of situations. She really and truly believed that everything would always work out for the best, and her job was to remind us of that. She was a great teacher through her modeling of the positive, as evidenced by my father who learned to live with a positive nature at an early age and now carries it with him in every cell of his body.

She tried to teach all of her grandchildren that, and though I’m still learning – I was always a bit too serious – I understand how Grace Crowder was able to be so brave, so funny, and so positive. It was through the purity of her love!

She loved life and nature so much that as long as one flower remained in bloom, one bird was left to sing, one tree was left standing, one child was heard playing, there was something to be happy about.

Thank you for your gift grandma. 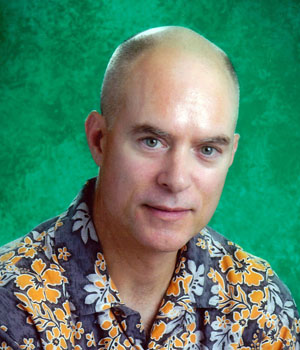 My Brother Steve, his Wife Jeri, Son Dean, and Daughter Danielle. In the photo, they lived in Visalia, CA. ’97. Now they live in Maryville TN, mine and my brother’s home town. 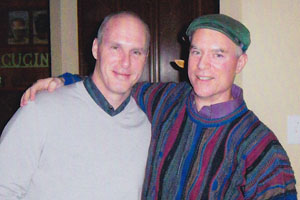 My one year old Nephew Dean, and newborn Niece Danielle ’97

My Father Bill Crowder, a medical doctor and wave rider, with his Grandson Dean ’97

The Crowder Family in 1962… We were either in Dallas Texas or Montgomery Alabama at the time. I was only three, and my brother a newborn… My father was 28, and my mother 23 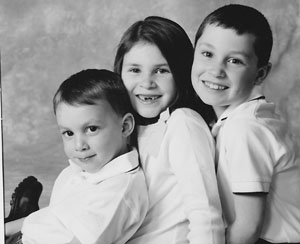 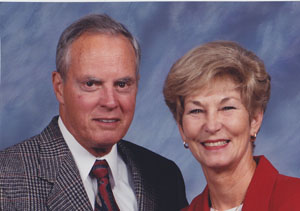 Better close up shot of my parents 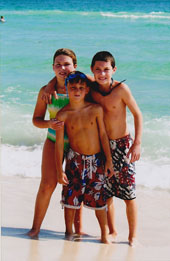 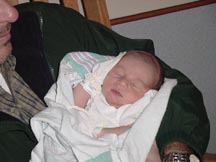 It’s awesome! We highly recommend a day trip if you’re anywhere in the East TN. area!

Before going to the restaurant, we ventured over to the Cumberland Mountain side of the mountain. The Chimney rocks were spectacular and stood out above the treeline from the sky bridge to outline this other worldly view.